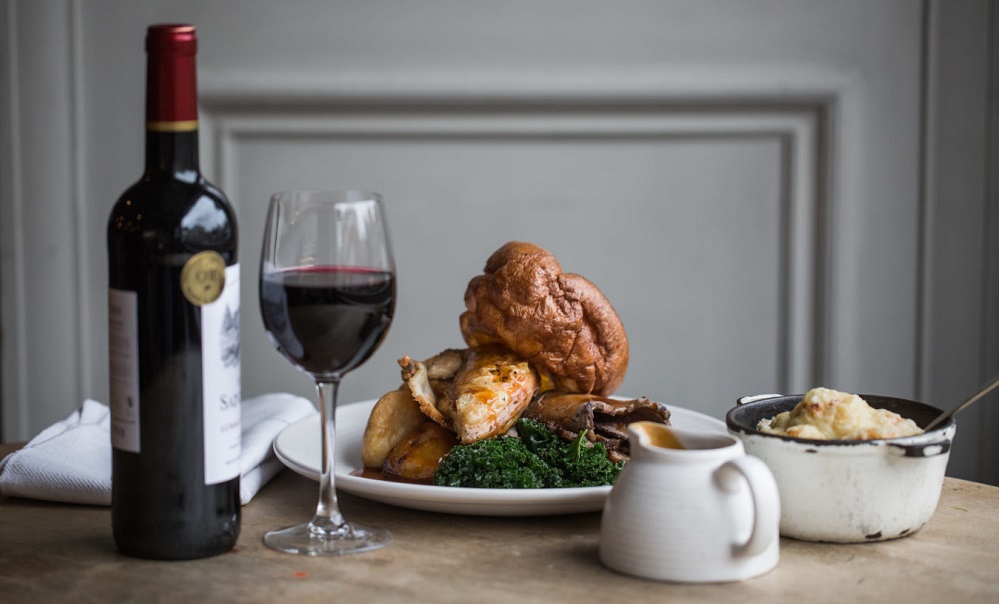 This stunning part of south-west London attracts many visitors to its bars and pubs. Although Wimbledon Tennis Championships are on hold this year – there are many reasons to visit Wimbledon, including its excellent selection of Wimbledon pubs and bars. From al fresco afternoons and gorgeous beer gardens to nights out and cocktails, Wimbledon has something for everyone.

Customers are asked to book a two hour time slot in advance, please check with venues for current opening times

Close to Wimbledon Common, and a firm favourite with locals the Crooked Billet has been serving up fine ales and craft beers since 1881. Not only does this fine pub have an extensive menu which serves up hearty pub grub and traditional Sunday roasts, but it’s also great for families looking for a bite to eat after walk. In the winter, find yourself a cosy nook and in summer, head outside to the grassy knoll and enjoy the sunshine. And during Wimbledon Tennis season you can keep an eye on all the scores on the TV over a cool glass of Pimm’s. 2 The Alexandra Pub and Loft Bar

Close to Wimbledon Station and at the heart of the community The Alexandra on Wimbledon Hill is really popular with sports fans – and is a great spot to watch Wimbledon Tennis on their multitude of screens. With bespoke gins, cocktails and craft beers as well as classic dishes such as pies and scampi and chips, as well as three different bars in which to enjoy them in – Sports, Lounge and Green – you’ll find plenty of space to kick back and relax. Meanwhile, head upstairs to The Alexandra’s fantastic outside space The Loft and soak up the sunshine and enjoy one of their famous burgers from the BurgerShack. The Dog & Fox is an institution of Wimbledon Village and, having been around for hundreds of years, it’s a popular drinking spot for regulars as well as Wimbledon Championship spectators who like to soak up the Wimbledon tennis atmosphere in the large beer garden during warmer months. With an extensive food menu and a large selection of fine wines, ports and craft beers, visitors will be hard-pressed not to find something to whet their appetites. Hemingways was awarded ‘best south London cocktail bar’ for good reason. In the heart of the action in Wimbledon Village, forget the beer here in this independent cocktail bar. Inside, enjoy plush velvet surroundings and a huge array of different drinks, from the signature Mad About Yuzu – a concoction of Belvedere Vodka, Yuzu Sake, Aperol, alongside lemon, ginger and lemongrass cordial to whiskey sours. During the summer, sip a cooling Lychee Sprtiz and nibble on some flatbread and hummus as you watch the world go by.

Wimbledon’s first LGBQT bar, CMYK is a party bar for party people. With an impressive cocktail menu featuring more than 50 concoctions, this is the place to head to for late night opening, live DJs and entertainment 7 days a week. There is a generous happy hour from 5.30pm – 11pm with cocktails from £6 and pints from £4.50. It’s also available to hire for the ultimate party night celebrations. If you’re looking for a bar in Wimbledon which is a bit different from the norm then head over to SMASH on Wimbledon Broadway where you’ll be able to take a drink with friends as well as show off your silky ping pong moves! With over 60 different craft beers and ciders to choose from, classic cocktails and traditional homemade Italian pizzas on the go, there is much fun to be had. Once you tire of table tennis, kick back and relax on one of the many comfy sofas and perhaps try a Ginny Dog – Tanqueray gin mixed with blueberries and blackberry liquor and topped with SMASH Lager.

The quaint The Hand in Hand used to be a baker’s house – you can even take a meal in the old oven area. The pub, which has been around since 1835, is popular with not only Wimbledon residents but visitors who are looking for a decent pub and grub. It has a great location on the edge of Wimbledon Common and close to Wimbledon Village, and is also very proud to be dog-friendly, even offering canine treats and the chance for visiting pooches to be their coveted Dog of the Day!

The Fire Stables is an upmarket bar meets relaxed dining experience. In an informal atmosphere and comfortable surroundings, you can enjoy the breeze on your face during the summer when the huge bi-fold doors open – as well as soak up the atmosphere of Wimbledon Tennis, which is only just down the road. An extensive wine list, as well as local and craft beers, plus a menu showcasing fine British produce, the Fire Stables is a good shout for all – it’s even family and dog-friendly, too. Looking for a traditional Wimbledon pub with a strong heritage? The Rose & Crown, which can be found close to Wimbledon Common as well as a 10-minute stroll to The Lawn Tennis Club, makes for an ideal spot. With pub quizzes, live screenings of all the top sporting events, whiskey tastings and more, the Rose & Crown is truly a Wimbledon Village pub with heart. Meanwhile, with an unusually large outside garden, there’s plenty of room to enjoy a pint and a burger in warmer weather.

In the past, it was known as The Terrace Wimbledon, but since a major revamp last year by the Darwin & Wallace collection of restaurants, 601 Queens Rd in Wimbledon town above Centre Court, is now a contemporary space serving a wide range of drinks from the circular bar. During the day it’s a brunch haven, but as night falls, 601 becomes a trendy hangout for those looking for good food and conversation. Head outside to the terrace, and enjoy al fresco drinking and dining, too.

MARCUS WAREING ON LIVING IN WIMBLEDON

WIMBLEDON: A COMPLETE GUIDE TO SHOPPING

BEST THINGS TO DO IN WIMBLEDON