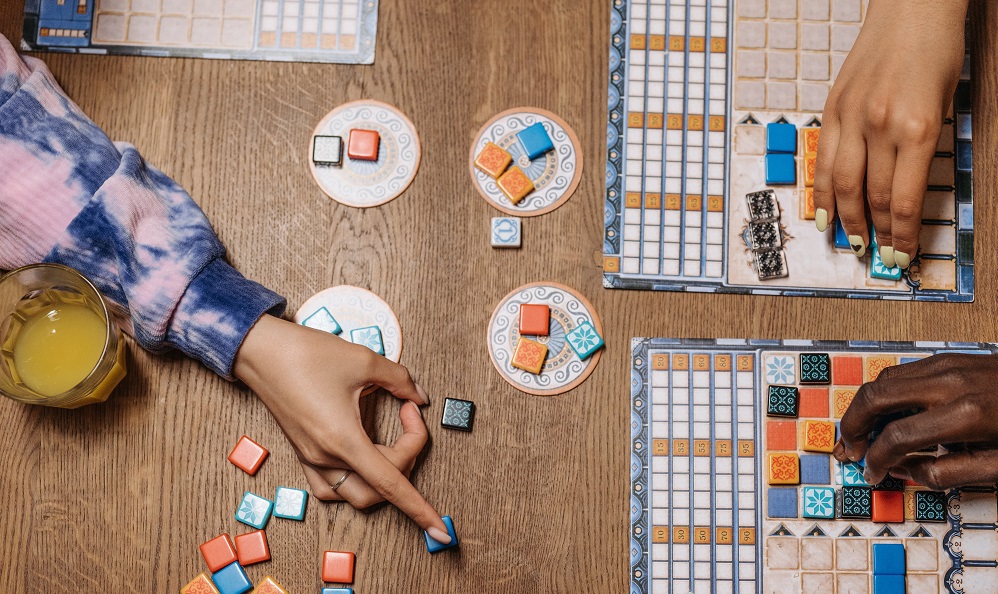 7 pubs and bars with games in London and Surrey

7 pubs and bars with games in London and Surrey

Looking for the best bars for games on your doorstep? Here are the most exciting spots with board games, ping-pong, arcades and other activities in London and Surrey…

There’s nothing quite like a night out with friends well-spent on arguing over the game of Carcassonne or getting a little bit too competitive over the tennis table. Head to one of these fabulous London and Surrey bars with games for your night of unadulterated fun…

Boom Battle Bar, nestled in the historical Ram Quarter, offers fantastic activities galore. Have fun with Bavarian axe throwing (no tipples before or during), get the crazier golf going, try AR darts, or boom a game of shuffleboard (with boards apparently made of the finest Canadian Sugar Maple wood). As far as food is considered, their veggie wings are delish – they have a meat version too if that’s what you’re into. And read our review!

The Four Thieves has something of a cult status already, and for a good reason. Not only do they have an impressive selection of craft beers, but their collection of games is one of a kind. From moonshine racing to retro arcades to VR booths – all of this in a gorgeous Victorian dancehall. They also do karaoke, and if you’re after some ice-breaking fun for your crew, The Four Thieves can arrange that too, whether it’s for 15 people or 120.

The alternative vibe, a J-Pop playlist, mangas, a really good menu and dozens upon dozens upon dozens of board games – Library Pot simply cuts it. Head to Richmond for a cosy evening with a bottle of sake, Tikka Masala and Cat Tower or 3 Wise Words. Also, the owners run a hugely popular meetup group, so you can mingle with other like-minded folks, as well as a proper Mahjong league (two variations).

Yes, this is not a pub per se – but they do have a lovely cocktail bar, so it’s not far off! Gravity also serves noodles and other Japanese street food, and you can watch the chef preparing the dishes. But it’s the activities that are the star of the show – put the pedal to the metal in one of the high-powered e-Karts, try augmented reality bowling or give an electric gamebox a try. Plus a vintage arcade, of course.

Do you love golf? If so, Jungle Rumble is a must-go. They offer three fab courses: Royal Tahiti, Ocean, and Surfers. All require skills to navigate through the most challenging holes, and all offer surprises and special effects aplenty. The menu is varied and features something for every mood and appetite, from burgers to superfood salads, to milkshakes.

A cute and cosy board games café in Croydon, The Ludoquist is your go-to if you fancy a more relaxed atmosphere. They have all sorts of games, from modern classics such as Catan and Carcassonne to jigsaw puzzles, solo games and board escape rooms, as well as offer many games for your little ones if you want to keep them entertained. Pizzas, panini and nachos abound on the menu.

The Bletchley at Chelsea Funhouse, Chelsea

The Bletchley promises cocktails with experience! Put on a WW2 military jacket, crack the code and help a mixologist create a special, top-secret cocktail – just for you.