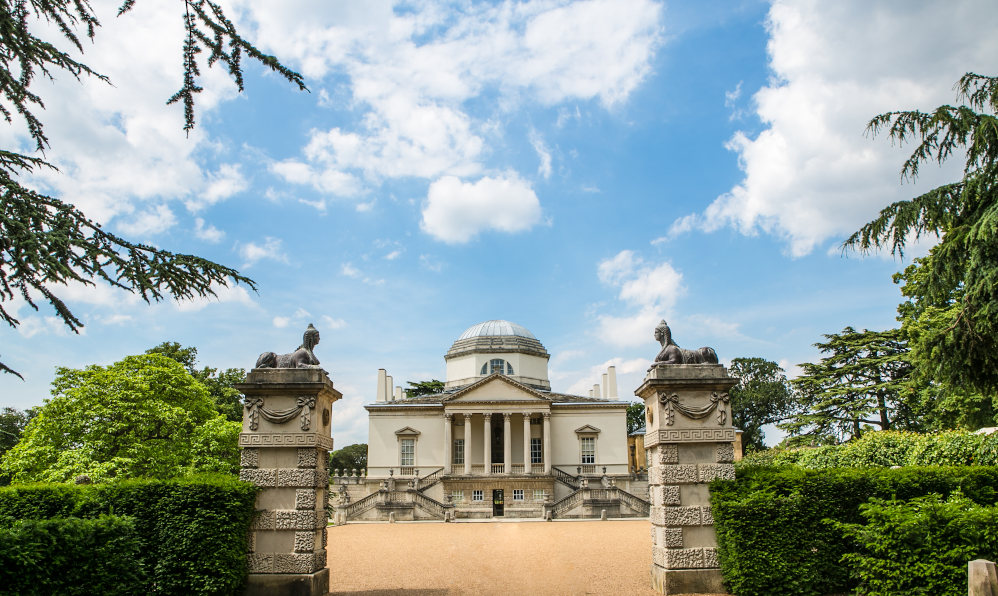 Fancy taking the family on a trip to the past? We’ve got you covered with our top eight picks for the best historical days out in SW London and Surrey.

It may be an obvious pick, but Hampton Court Palace deserves to be first on this list. It’s sure to capture the imagination of even the stubbornest history-phobe.

The home of Henry VIII, Hampton Court brings the magnificence of Tudor court to life. Gape at the splendour of the Great Hall with its vaulted ceilings and tapestry-lined walls, and follow in Henry’s footsteps, processing from his private apartments to the ornate chapel through an infamous haunted gallery. Mosey through two more galleries (boasting Rembrandts, Caravaggios and van Dycks), labyrinthian Tudor kitchens, and the apartments of William III and Mary II.

Then, if it’s fresh air you’re after, why not take a stroll around some of Hampton Court’s 60 acres of formal gardens and 750 acres of historic parkland? There’s even an adventure playground called The Magic Garden which children can dart around to their hearts’ content.

Here’s our wildcard: Twickenham’s World Rugby Museum. A far cry from an early-modern palace, this museum explores the 150-year history of English Rugby, from the creation of the Rugby Football Union in 1871 to the game today.

Why not start by taking a tour around the Stadium? You’ll see the Royal Box, Players’ Tunnel and the England Dressing Room, and learn about the match-day preparations and routines of international rugby players. Then, move onto the museum, where you’ll view a selection of its 41,000 objects, such as a 1:1000th scale model of Twickenham Stadium, or J H Clayton’s jersey from the first-ever international game in 1871.

And, for the kids, a ‘Play Rugby Interactive Zone’ offers all ages the chance to test their sports skills to find out what type of rugby player they are.

Osterley Park and House is a National Trust country estate that boasts an impressive Georgian mansion and plenty of outdoor space.

Originally a Tudor house, Osterley was transformed in the 18th century into the palace that it is today, with decorations and furniture designed specifically for each room. Revel in the elegance of Osterley’s neo-classical entrance hall, the intricacies of the ornate Eating Room, or the impressive 40-metre Long Gallery which is featured in films such as The Young Victoria and Belle. The Tapestry Room and State Bedchamber are similarly lavish, while a below-stairs warren offers glimpses into the lives of servants.

Outside, take advantage of Osterley’s table tennis facilities and bike hire, or join a Folklore Family Trail, sharing stories of magic and mystery among the autumn leaves.

Another gem of the National Trust can be found in Ham House and Gardens. This 17th-century treasure trove holds artefacts like a rare early Chinese teapot and an ivory cabinet, as well as plenty of paintings, furniture, and textiles.

This pick is not for the faint of heart. Rumours say it’s one of the most haunted houses in Britain and you may smell the Duke of Lauderdale smoking his pipe in the dining room, as he did 400 years ago.

Still, you can always escape to the open and formal restored gardens which surround the house, including a kitchen garden and a maze-like ‘Wilderness’. From 4 December until 3 January 2022, you can also take your little ones on Percy the Park Keeper’s winter wander trail, helping Percy and his animal friends look after nature.

In 1747, the son of Britain’s first Prime Minister bought a couple of cottages in fashionable Georgian Twickenham and set about transforming them into a ‘little Gothic castle’ with pinnacles, battlements, and a round tower. There, he entertained royalty and foreign ambassadors in luxurious style and welcomed four visitors a day on tours conducted by his housekeeper.

Back in the day, there was a strict ‘no children allowed’ policy, but thankfully that has been lifted since the 18th century!

Strawberry Hill House’s collection has been acclaimed for its eclecticism, with art, antiquities and curiosities from ancient to modern times.

Now to English Heritage, Chiswick House and Gardens is a must-see for those interested in 18th-century architecture. Designed and built in the reign of George II, its architects rejected the fashionable Baroque style, favouring a classical Italian design. This simplicity and symmetry helped set trends to define 18th-century British architecture. Chiswick was also the birthplace of the English Landscape Movement, inspiring centuries of western gardening.

December at Chiswick is bursting with a promise: ‘A Chiswick Christmas’ will bring two long weekends of Christmas shopping and festive cheer, with artisan markets and Christmas carols from 3 to 19 December, and a whole host of workshops planned for the month, including embroidery, snow-person-making, and storytelling.

This hidden Acton gem boasts both extensive history collections and 180 acres of Grade II listed parkland. Inside the museum, delve into the heritage and culture of Ealing and Hounslow. Learn about Roman Brentford through archaeological assemblages, discover the industrial history of infamous South Acton laundries, and indulge your inner child (and perhaps entertain your real ones) with extensive collections of 19th– and 20th-century toys and games, and much more.

If, after all that, you and your family feel the need to stretch your legs, why not go for a stroll in Gunnersbury’s open lawns, formal gardens, ponds and meadows? You could even take advantage of their family-friendly ‘Wild’ exhibition, and get up close to wildlife like gannets and red squirrels, running until 6 January 2022.

And finally, Morden Hall Park is a National Trust oasis of green in the middle of SW London. A haven for wildlife, you can also glimpse into its local agricultural and industrial past. Historical opportunities include guided tours until 28 November and visits to the western mill, a learning centre where you can discover what it was like to work in the Snuff Mills during the 18th– and 19th– centuries, and the extensive philanthropic endeavours of Gilliat Hatfield, who used to own the property.

To keep the family entertained, you can meet Percy the Park Keeper and his animal friends at Morden Park Hall too, or why not venture on a mysterious, whodunnit-themed autumn trail, taking place until 21 November? Later down the line, an adaptation of Dickens’ A Christmas Carol will be brought here by Shadow Road Productions, a local theatre company, with all the festive magic that entails.

For more incredible things to do in SW London and Surrey, click here! The best gardens, playgrounds and parks