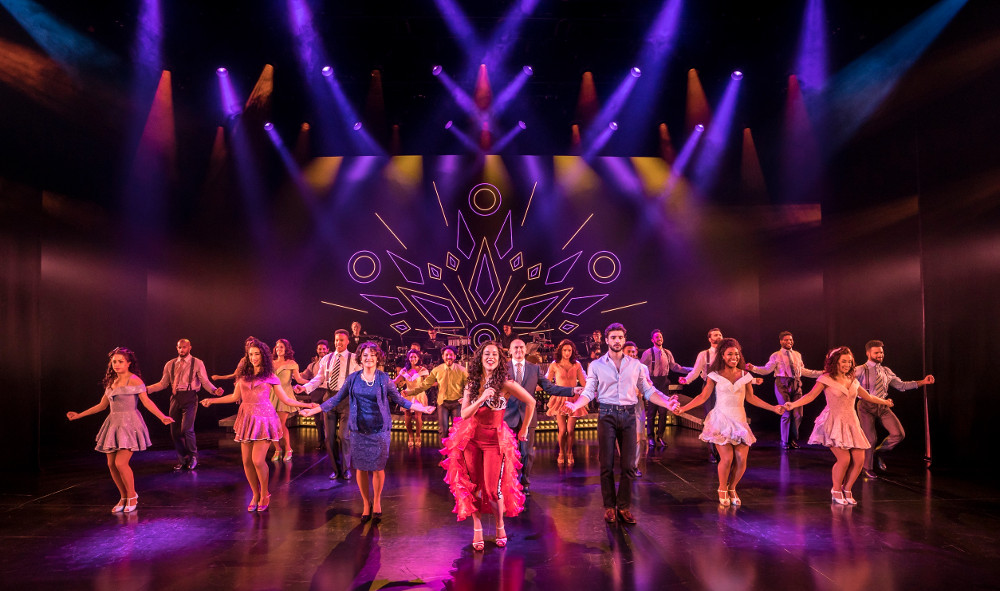 If you remember the 80s and 90s you will remember Gloria Estefan’s music, even if you never bought an album. She wrote and belted out feelgood dance numbers like “Get On Your Feet”, “Dr Beat”, “Rhythm is Gonna Get You” and “Everlasting Love”. On Your Feet, a musical about the life of Gloria and her husband Emilio, playing this week at New Wimbledon Theatre, is an enjoyable nostalgia trip.

At first, however, it seemed like this was all the show was going to be. As playwright Alex Dinelaris has admitted, it was hard work to inject any drama into the story. “I once joked with [Gloria and Emilio], ‘You guys are happily married for 35 years, you’re best friends – you’re a writer’s nightmare. I need some tension for the story,’ to which Gloria replied, ‘You should meet my mum!’”

The first half of the show has a ho-hum plot in which Cuban immigrants Gloria and Emilio have to battle casual racism in the Miami music industry – a worthy subject in the Donald Trump era, but it doesn’t catch fire because we know she’s going to be a big hit in the end.

Three things enliven Act 1: Philippa Stefani  as Gloria, initially shy but slowly coming into her voice and her stage presence; the comedy supplied by Hollie Cassar as Estefan’s proud granny, bribing the nightclub DJ with home-cooked pastry to play her granddaughter’s latest track; and the sinuously athletic Latin dancing by the ensemble cast, which was tremendous.

The half finishes strongly with Estefan’s 1985 mega-hit Conga, a joyous riot of a number that made my toe tap so energetically on the row in front that I got a shirty look when the lights came up.

“Does she like singing it? Because she’s going to be singing that song for the REST OF HER LIFE,” bawls the ecstatic record producer Phil (Robert Oliver), who minutes earlier was insisting that Estefan should never try to sing in English because a Latina artiste wouldn’t “cross over”.

The mood changes significantly in the second half, which is tightly plotted and could almost stand alone as a separate play. More intense, with a greater emotional range, it holds believable tension and conflict. Estefan finally stands up to her mother’s bitter restrictiveness, and the two are unhappily estranged for two years. The deadlock is only blown open when a near-fatal bus crash in 1990 leaves Estefan inert in a hospital bed. The most poignant moment of the evening was when mother (beautifully sung by Madalena Alberto) and husband (well acted by George Ioannides), both equally stubborn, duetted at the bedside about leaving it too late to speak your heart. This is followed by a moving scene where an unconscious Estefan dreams of her loved ones, alive and dead, and they appear one by one dressed in white and dance with her.

After the spinal operation, Estefan must battle her demons before the show’s finale, set at the 1991 American Music Awards. The love of her fans supplies the redemptive magic.

This show is aptly named – as far as I could tell, every single person in the Dress Circle was on their feet, clapping and swaying, during the musical medley at the end. It feels a little weird to have a jukebox musical about an artist who is only 61 and still performing (mostly the subjects are at least dead); but Gloria and Emilio [estimated net worth $700 million] are as successful at business as they are talented at music, and have had a big hand in the project.